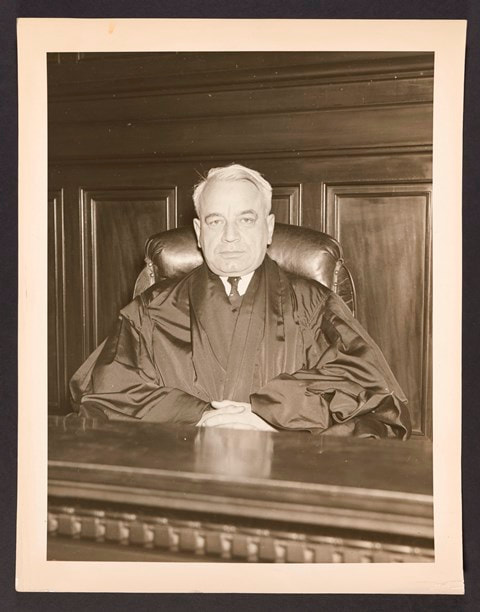 ​Born in Lewiston, Maine in 1887, Albert Beliveau worked his way up from poverty and, though never attending high school, was a remarkable student at the University of Maine Law School, earning his degree in two years and achieving a record score on the state bar exam. The first Franco-American elected county attorney, he was also the first to secure a Congressional nomination, earn appointment to the state Superior Court, and then promotion to the Supreme Court.

His successes and frustrations illustrate the dilemmas facing the “blacks of Maine,” whose ethnicity, Catholic religion and embrace of the Democratic Party made them pariahs for much of the Anglo, Protestant and Republican establishment. Throughout his long life he transformed these disabilities into a source of strength, not weakness – an inspiration for all who live through difficult and disordered times, like our own.
​What They're Saying

"Few biographies exist of French-Canadian descendants in the United States. This richly detailed book adds to our understanding of the migration experience in the United States and integration of French speakers through acculturation, rise from the working class, and development of political consciousness among Maine's largest ethnic group."
Mark Paul Richard, State University of New York at Plattsburgh

“As we celebrate Maine’s bicentennial, it’s important to recognize the contributions of one-fourth of our population—men and women of Franco American descent. This fine biography of Justice Albert Beliveau blends the public and private achievements of a historic figure whose legacy affects us still."
Governor Janet Mills (in office 2019-)

“Albert Beliveau, who I knew as a friend, had a deep-rooted compassion for everyone who appeared before him in court. This remarkable biography tells his story, and that of his close-knit family, for a new generation, and helps show how Maine’s judiciary became one of the best in the country.”
Governor Kenneth "Ken" Curtis (in office 1967-75)

“I felt I was with young County Attorney Albert Beliveau as he met a private detective in Oakland, hopped the train to Lily Bay, then took a car to Ripogenus and walked ten miles in pouring rain down ‘the worst tote road in Maine’ to arrest murder suspect Patrick Harrington. First Franco brings to life many more colorful characters in this fast-paced and informative book.”
Governor Joseph "Joe" Brennan (in office 1979-87)

“From a veritable treasure trove of letters, documents, court records, family history, and news reports, Douglas Rooks has crafted a detailed account of Maine’s first Franco American justice. Contemporary readers will be struck by the civility, courtesy, and collegiality of Justice Beliveau and his peers. Overcoming racial and religious prejudice, his career was a triumph of the human spirit.”
Chief Justice Daniel E. Wathen (in office 1992-2001)